Want to breach any bottle without the “approved” tools? Read on for 10 hacks. 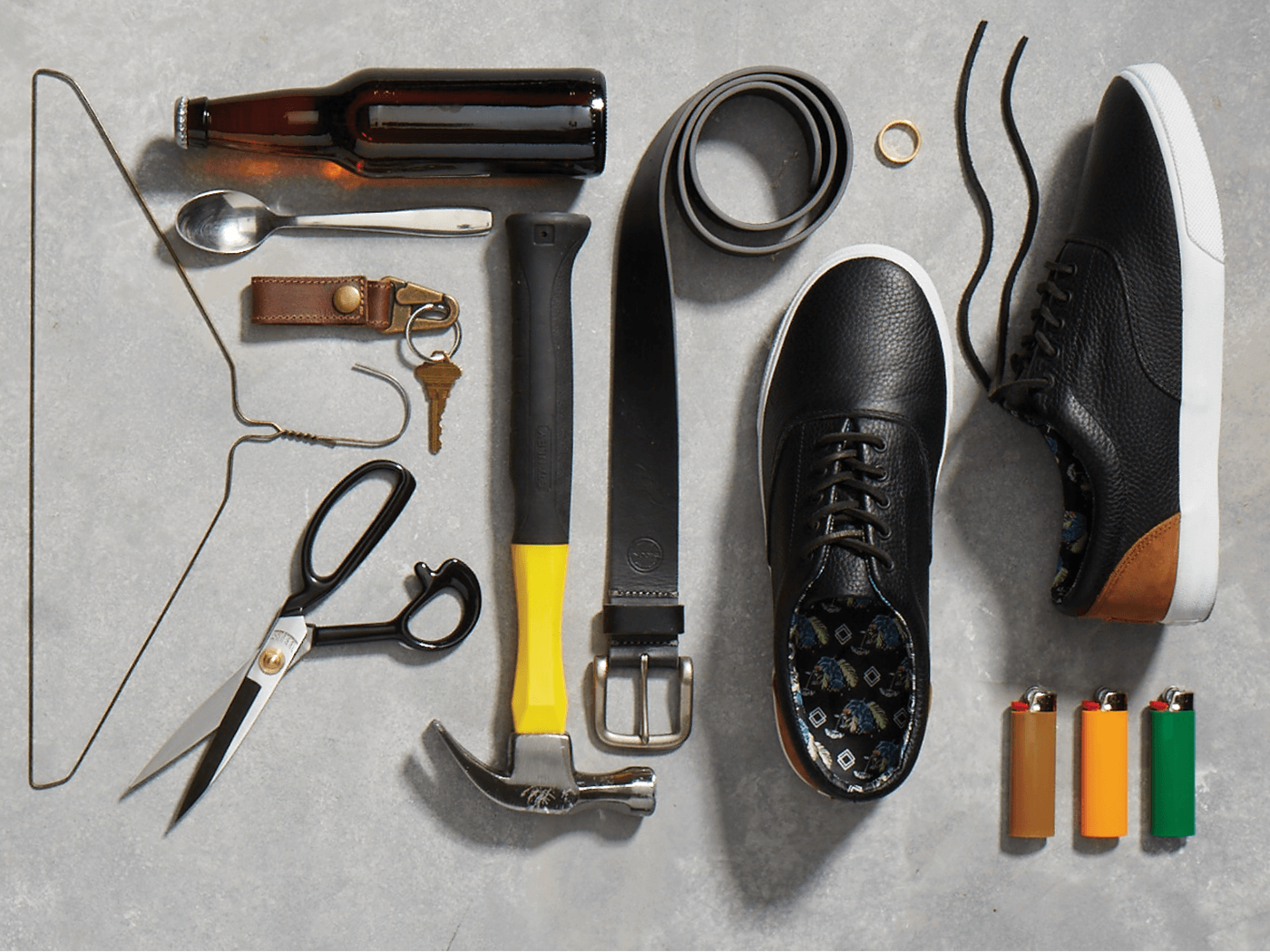 1. How to Open a Beer with Your Belt

When in doubt (in this case: drought), look down. An ordinary belt buckle might be your key. For those sporting “extraordinary” openers with a bottle opener built in, there’s the door. (That doesn’t get you any points around here, sorry.)

Here’s how to do it:

Pro-tip: Put your belt back on before you drink too many beers.

2. How to Open Wine with a Shoe

If you can pull this off, anyone you’re with will probably name their firstborn after you. Seriously, watch this oenophile from Mirabeau Wine show you how it’s done, and tell me you’re not already picking paint colors for the nursery.

Your bravery is commended:

After a few solid hits, the cork will begin to slip out. Or you’ll have broken glass everywhere. Good luck!

3. How to Open Beer with a Ring

Heads up, Frodo: that precious has more than one power. Use your ring to open a beer bottle, too. Soft metals like gold and silver will bend, so try this with platinum, steel or titanium.

One ring to open ’em all:

Now collect all your badass points and drink up.

4. How to Open Beer with a Lighter

For the smokers in the crowd—and pyromaniacs–you probably know that a lighter can save you from certain thirst. But how? All your attempts so far have failed. What’s the secret?

Let there be lighter:

Light a celebratory bonfire if you must.

5. How to Open Wine with Keys

What’s that? You didn’t have a corkscrew and the shoe trick didn’t work? It was embarrassing? OK, we should have warned you: the shoe trick doesn’t work on synthetic corks. In that case, a key is the key.

When it’s mostly out: use your hands to finish the job. This will prevent the cork from breaking apart.

6. How to Open Beer with a Hammer

Do not murder your sauvignon blanc with a hammer. Instead use the tool to elegantly crack open an IPA at your next high-society shindig. Bonus points if someone is playing a harp and you’re wearing a toolbelt.

Imagine the look on the harpist’s face.

7. How to Open Wine with a Coat Hanger

Drinking a merlot alone in your closet? Totally understandable. Forgot to bring a corkscrew? Less understandable—but you’re in luck. A wire coat hanger is easily jury-rigged to become a makeshift corkscrew.

Then again, if you’re stuck in a closet with a bottle of wine, a pair of pliers and a towel, spare us the details.

8. How to Open Beer with Scissors

With a pair of strong kitchen scissors or garden shears, you can snip your way to satisfaction. You have to promise you won’t run with them. And return them back to the drawer. Yeah right you will.

Pat yourself on the back for getting there injury free.

9. How to Open Beer with a Spoon

Still in the kitchen but can’t find the scissors? (Told you.) A spoon will also do. Besides, how often do you get to open a bottle of beer with an ordinary spoon? Here’s hoping not often.

Do not use spoon to drink beer. That seems inefficient.

10. How to Open Beer with More Beer

And the most meta solution of them all: open that beer with another beer. If it sounds simple it’s because it is. You need two unopened beer bottles and just the slightest bit of finesse.

Fun fact: You can use the bottle cap from the opened bottle to open the next one. But you’ll have to figure that one out yourself.

Have other ways to open a bottle without a bottle opener? Tell us in the comments below.